On the basis of the NEUROMITO project, our research group opened a new research line focused on one of the most important challenges that society will have to face within the next years: the antibiotic crisis.

Antimicrobial resistance (AMR) has become a worldwide epidemic, causing more than for 700.000 deaths per year globally, expected to rise to 10 million deaths annually, by 2050. AMR is associated with an increase in morbidity, longer hospitalization time and a marked increase in the associated medical costs. While several attempts are being enforced to reduce the misuse and abuse of antibiotics, we are in dire needs of methods to rationalize the use of antibiotics. Currently, bacterial cultures are the staple diagnostic method of AMR. However, this method presents important drawbacks, such as a long turnaround time, which can be up to two weeks for some bacterial strains, low sensitivity, and the requirement to have, at least to a certain degree, prior information on the putative causative bacteria. All in all, these factors lead to the administration of wide-spectrum antibiotics in the meantime, leading to inefficient treatments, antibiotic changes and AMR occurrences. Hence, it is critical developing novel diagnostic methods offering a faster, high-sensitive alternative to bacterial cultures, the staple in AMR diagnostics. While several systems, such as DNA sequencing, are currently being developed, they require costly equipment and specialized training, limiting its use. In this regard, in ResisTEST we take advantage of our expertise in molecular biology and the knowledge and technology developed in the ERC-StG NEUROMITO project to propose a fast, high-sensitive AMR detection approach that, once further developed into a diagnostic kit, will allow the isolation and real-time monitoring of the expression of different resistance gene at the RNA level without the need of prior knowledge on the pathogen. Therefore, this disruptive approach could represent a significant breakthrough in the fight against AMR, allowing to define, with unprecedented precision, the antibiotic of choice for the treatment of infections where AMR is suspected.

Due to its innovation potential, its significant impact and its quality, this new research project on antibiotic resistances was selected for an ERC Proof of Concept Grant, receiving an amount of 150,000€ for an 18 month period. The grant is a great opportunity to develop a novel approach to figh antibiotic resistances, bringing it closer to the market. 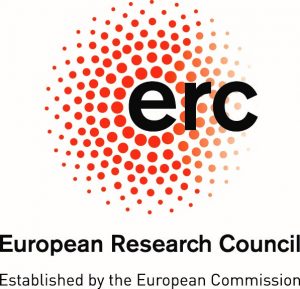