We have EXCELLENT news: Laura and Marta got both a Marie Curie fellowship!
They are brilliant – this is an extremely competitive grant, especially this year that the European Commission received a record number of applications.There were more than 11,000 proposals, and only 1,630 were selected. Two of them are Laura’s and Marta’s!

The grant will allow them to work for two years on their projects at our lab:
Marta will be working on the MitoTROJAN project, based on the hypothesis that the bacterial origin of mitochondria can trick altered neurons in mitochondrial disease patients into believing they have been infected, which leads to their cell death. She wants to identify the mechanisms involved in this response to identify novel therapeutic targets not just for mitochondrial disease but other pathologies linked to mitochondrial dysfunction, such as neurodegenerative diseases and cancer.
On the other hand, Laura will study cerebellar mitochondrial alterations in Rett Syndrome, a genetic disease in which some genes encoding for mitochondrial proteins appeared differentially expressed. Since the cerebellum is one of the brain regions with higher energy requirements, she wants to study the vulnerability of its different cell types to suffer mitochondrial alterations. The project will provide novel insights into the pathophysiology of this disease, by unveiling potential therapeutical targets. 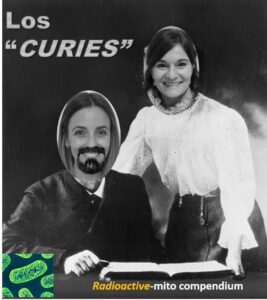